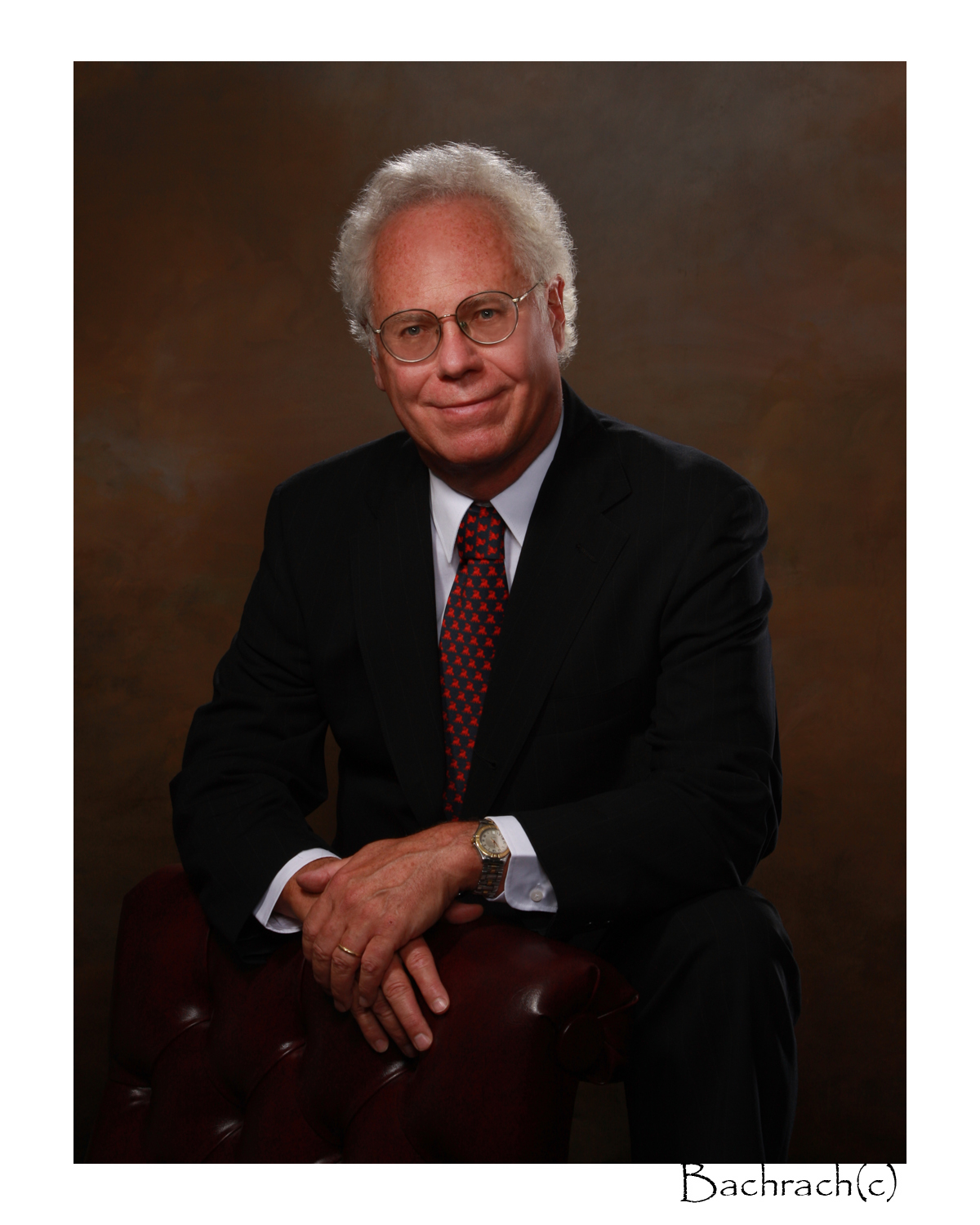 Bridge and music both have mathematical underpinnings. This blog by pianist and bridge writer, Augie Boehm, discusses the many intersections of bridge and music. Obviously, counting is crucial. Less obvious is the importance of patterns and sequence. Bridge has a very limited language; thirty-eight calls. The Western music scale is even more limited, twelve tones.  Within these narrow confines, a system builder in bridge must construct a meaningful structure making efficient use of bidding space. Likewise, the composer lays out a pleasing roadmap for the performer and listener. In rock and roll, a repeated chord progression is the anchor; in a classical sonata, e.g. Mozart, Haydn, and early Beethoven, harmonic key relationships form the building blocks that navigate the path from exposition – development – recapitulation.

Declarers learn best by recognizing patterns. Many are visual: a short suit in dummy facing length suggests trumping losers. Long suits in dummy are promising if accompanied by entries. In music, visual cues are replaced by auditory one, but in both spheres the senses are engaged.

Consider tempo. The accomplished musician becomes attuned to variations in meter where an established pulse changes, even in a barely perceptible way.  Nothing herky-jerky but subtle to add interest to a phrase or underscore an emotion. A bridge player with this developed sense is said to possess “table feel” to detect an opponent’s problem.  In effect, both disciplines reward playing by ear. Probably, the past bridge greats would find their table feel blunted by today’s bidding boxes and screens.

Bridge and music present opportunities for creativity. A musician who is technically accomplished but emotionally straight-jacketed lacks an important ingredient.  Bridge is no different.

For example, you are dealt: S-103   H-AK10852   D-Void   C-AKQ54. Opponents silent, you open 1H, partner raises to 2H, back to you – what’s your plan? Certainly, slam is possible, even a grand if partner holds the ace-king of spades and four trumps. On the other hand, even 5H may be too high with two spade losers and a heart if partner’s strength is concentrated in diamonds.

Technical approaches include an auto splinter of 4D or Exclusion Blackwood 5D. Alternatively, you could begin by bidding 3C, reserving a diamond control bid for the next round. All have merit, but there is another way to go: deception.  You could fake strength in spades (2S), even psyche a short-suit spade jump in hopes of staving off a spade lead. Then, your clubs or the D-A in dummy might provide a critical spade discard. There are no concrete answers, and the player’s choice might reflect personality, but this situation illustrates the difference between technique and creativity. Some practitioners have more imagination than others, plus the willingness to use it. If the operation falls flat, they must be prepared to apologize.

The bridge player and performing musician are both susceptible to pressure. Whenever I play an important tournament or give a recital, I’m on edge. I’ve plenty of experience in both domains but the butterflies remain. This adrenalin rush is beneficial, provided that you channel the energy and not allow it to interfere with your performance. It’s not easy and takes practice. Speaking of practice, anyone who wishes to become proficient in either endeavor must be willing to put in many hours. The bridge player should read challenging material between tournaments, just as the musician practices at the instrument and listens to other worthy performers.

Playing a solo recital is like declaring; you’re on your own. Playing chamber music or accompanying is like defense or bidding, it’s collaborative. Like any successful collaboration, whether at the card table or onstage, it is necessary to mediate disagreements, whether it is choice of conventions or phrasing, tempi, and dynamic shadings.

Bridge and music can provide a lifetime’s worth of rewards and pleasure – I feel lucky. Both can be appreciated at both a cerebral and emotional level, and both ward off the ravages of aging.

Legendary conductors like Leopold Stokowski and Arturo Toscanini were active at nearly ninety. In both fields, to achieve real expertise it is necessary to begin at an early age, the earlier the better.  Both endeavors are simply too complicated to train neural paths when starting in middle age.

Both subjects can be taught, of course, but to truly advance the student must embark on a journey of self-improvement. There is no such thing as graduation; growth is boundless.  Good teachers should not only provide a technical foundation but try to inculcate a love for the subject. A student so taught is apt to become a “lifer.”

Alas, the futures of bridge and classical music are bleak – audiences are elderly and their potential replacements seem disinterested or under-exposed. Opera has found one effective tool – televising productions and showing them at affordable prices, especially compared to seats in the opera house. Adding subtitles removes another obstacle, foreign languages. At my recitals, I talk to the audience to help them appreciate the music they are about to hear. Bridge could profit from these approaches, and I have a few suggestions to supplement current efforts to attract youth and the millions of people who play bridge but are not members of any tournament organization.

When I was young, college bridge was heavily endorsed in the USA by the ACBL. There was a monthly column devoted to the subject, intercollegiate par tournaments were regularly held.  Somewhere along the way, the ACBL withdrew its support, evidently because some Board members had bitter experiences with children diverted by the addictive property of bridge who flunked out of school. This, along with the rise of competing entertainment options, helped contribute to a largely lost generation. Tournament organizations today are trying to catch up.

In 2019, my Columbia college bridge team from the late 1960s played a match with the current undergrad team who was having great success in intercollegiate tournaments, as we did in our day. I wrote an article for the ACBL magazine, recapping the match (we alumni won surprising easily). Our group had hoped that the Alumni Association, whom we contacted, would follow through and further publicize the event, but unfortunately there was no response. Nonetheless, with universities annually pouring millions of dollars into football and basketball, might these institutions be persuaded to allot a fraction of that to mindsports? It would probably take a few alumni who have discovered the benefits of bridge to spearhead such an effort. To be sure, football and basketball produce huge revenue streams and inspire alumni donations, but mindsports can be played long after physical skills have eroded, and mindsports, which improve the brain, don’t risk permanent damage from concussions.

The way bridge is played today, it is impossible to cultivate general interest from the ranks of non-tournament players. The profusion of artificial bids and alerts, the distancing aspect of screens and bidding boxes are obstacles that can only alienate a non-tournament bridge player. Masterpoint awards probably seem trivial. Instead, stage money tournaments with highly restricted conventions played at a fast-pairs pace. The stakes needn’t be large – high rollers could place side bets with each other – and our game would be more exciting and understandable to the audience we wish to attract. Sponsorship will be needed, and the lure to corporations and foundations is to become a backer of mindsports, an ideal activity for our health-conscious era.  If social players gravitate towards the tournament milieu, let it be one with as few regulations as possible. Prizes, either money or trophies, could replace masterpoints. Indoctrination to the serious game can come later, if at all. Money bridge has been resisted by the ACBL, in part because it might dilute the value of masterpoints, their lifeblood, but also because of the fear of cheating.  Given the rampant cheating on Bridge Base Online (BBO) where no money is at stake, that fear seems ill-founded. Cheaters usually cheat for psychological reasons.

Newspaper coverage of bridge needs rejuvenation. Many big city newspapers have discontinued or curtailed their bridge columns because advertisers consider the aging bridge population a poor sales prospect. The ideal advertising demographic seems to be from the late teens to 49, and newspapers prefer to use youth-oriented features to fill their pages. The best bet for bridge is to expand coverage in local papers where budgets and commercial considerations are not so high. Smallish-town readers are a good audience for bridge columns that highlight local duplicate players, even from social games, and focus as much on entertainment as pedagogy. The columnists need not be expert; in fact, limited skill but great enthusiasm are an ideal blend. A mix of grassroot programs from the bottom up and diluted tournament events from the top down are one hope for the survival of our special game.

Guest Blogger: Augie Boehm has been a staff member of The Bridge World and the ACBL Bulletin for three decades and a panelist on their bidding forums; also, a member of the IBPA (International Bridge Press Association). He has been a busy bridge teacher for over four decades, concentrating in the New York area, plus numerous bridge cruises and guest appearances around the globe. As writer, the author of ten books, including Bridge Smarts, winner of the 2016 ABTA (American Bridge Teacher’s Association) book-of-the-year award. As player, the youngest competitor (age 14) and winner of the first USA Junior Championship held in Washington D.C, 1961, partnered by Hall-of-Famer Michael Becker; numerous titles since.

As pianist, classically trained, a music major at Columbia University, and soloist for forty-five years and counting at Carnegie –Weill Recital Hall. Sometimes, the two disciplines are combined when he travels and offers bridge seminars that conclude with a cabaret performance, Cole Porter and lighter classics like Gershwin.