What’s in a name?

What’s in a name? 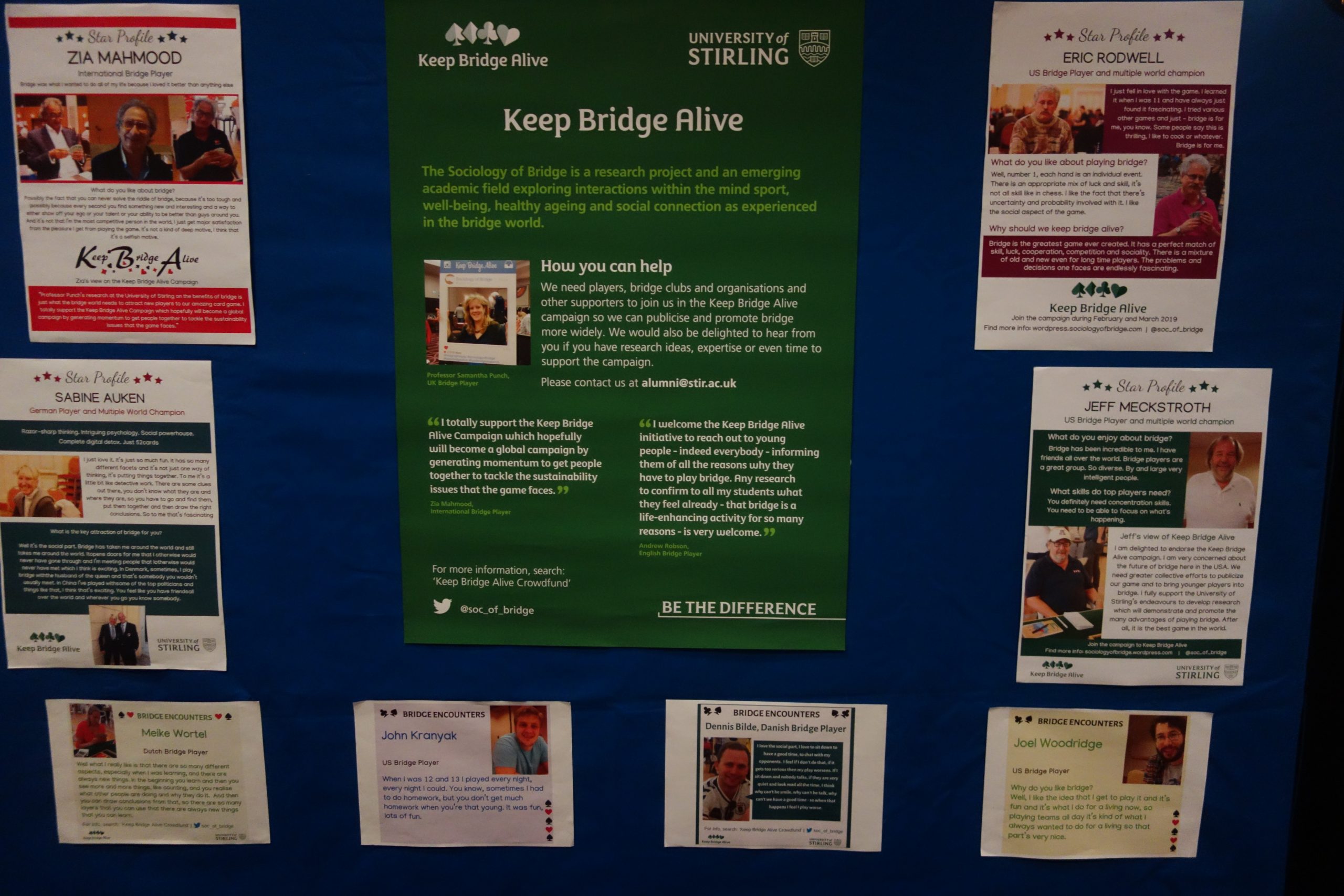 Published On: December 1st, 2020By BAMSA

The BAMSA team describe the evolution of the project title.

In early 2019, the sociology of bridge researchers at the University of Stirling adopted the title Keep Bridge Alive (KBA). The name worked well for fundraising purposes, but it also attracted criticism. For many it had a negative connotation (bridge on life-support). It also failed to communicate the wider academic goals of the project.

The sociology of bridge is a collaborative initiative with a diverse range of national and international stakeholders: funders, academics, policymakers and bridge practitioners. The founder of the project, Professor Samantha Punch explained: ‘At times it felt like a near impossible task to find a title that would satisfy everyone. Whilst promoting the mindsport of bridge is a core aim, age is no barrier to entry so it was important to avoid a name that would only appeal to one particular age group.’

So, for example, Bridge the Greatest Game may be appropriate for promoting the game to young people but it makes no reference to another goal of the project, which is to establish the sociology of mindsport as a new field for teaching and research. Academically speaking, mindsport occupies a niche between the existing sociological fields of sport and leisure. Referring to bridge as a game rather than a mindsport dilutes this endeavour.

To find the new overall project title, the research team used social media to canvass opinion. In October 2019, a post on the Bridge Winners blogsite provoked a range of useful and not always serious suggestions (Sex, Bridge, Rock’n’Roll, being just one of them). Into the mix we added posts on other social media platforms, a discussion in a KBA network meeting in Oslo, and questions put to non-bridge playing university students, family and friends.

The first stage consultation was opened-ended seeking a range of suggestions and comments on nominations. From the results we listed several possible titles and asked people to pick their favourite ones. We then drew up a shortlist of the most popular names that seemed to address most points from the feedback (by avoiding certain words or using others). A month after the consultation started, the shortlist was put to the test in an online poll. Bridge players and non-bridge players of all ages had the opportunity to rank the options in order of preference.

The final decision was made by the sociology of bridge research team. Bridge: A MindSport for All was one of the highest-ranking in the poll. As a title, it is sufficiently broad to encompass the global network, a range of bridge projects targeting different age groups, and our goal to establish the sociology of bridge and mindsport as a new academic field for teaching and research.

It also had the advantage of having an acronym that was simple to say and easy to remember. The strapline Connects People, Challenges Minds emerged from a mixture of suggestions put forward in the consultation, as did a number of other ideas that have since been used as names for specific studies including Bridging Minds and Bridging Schools.